The Delaware River is 330 miles long and provides around 15 million people in New York, New Jersey, Pennsylvania, and Delaware drinking water. President Lyndon Johnson labeled the river a “Wild and Scenic River,” which gave it more protection when future investors came to shake the piggy bank. There are a substantial amount of Marcellus shale natural gas deposits below the Delaware River Basin. Obviously, there are a lot of people who support drilling into these reserves to extract the natural gas for energy purposes. I am writing to explain why hydraulic fracturing or fracking, as it is often referred, must end. 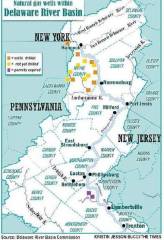 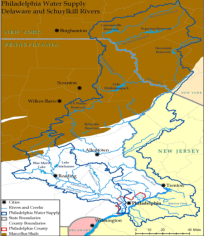 There is a range of dangers in fracking. The most obvious and most likely to cause widespread panic is drinking water pollution. The process of fracking calls for a strong stream of fluid blasting into rock crevasses to break open reserves, releasing the natural gas. The rock can potentially crack in a way that contaminates the groundwater. In addition, the fluid that fractures the shale is very harmful to the environment. Fracking fluid is a toxic cocktail of water, sand, and chemicals. Less than half of the fracking fluid is actually recovered after going into the ground, and the fluid recovered resides in open-air pits that allow evaporation. The amount of pollution coming from fracking is criminal and correction is necessary.

Another danger comes in the form of a higher-level perspective. Based on current trends, the world will run out of freshwater relatively quickly. While freshwater is renewable, society uses it faster than it replenishes it and at this point, we have not figured out an efficient way to convert ocean water into freshwater. Therefore, reducing the amount of unnecessary freshwater waste is essential. According to Clean Water Action, each fracking well requires the permanent contamination of 2-5 million gallons of local freshwater. With freshwater becoming a relatively scarce resource, this haphazard waste of it while fracking is appalling.

Unfortunately, the alternatives to getting natural gas remain limited, but research into new innovation continues constantly. On the other hand, there are various ways to generate energy. Some are better than others, but two of the most sustainable are solar energy and wind energy. To close, I am going to step up on to my soapbox, so please pardon me. Extracting fossil fuels and releasing the harmful gas into the atmosphere is one of the main causes of this whole problem. What makes anyone think burning a different gas and releasing different harmful toxins into the atmosphere is going to work out any better? Until our society decides to learn from previous mistakes, we will continue to make short-sited decisions that delay the problem until the next generation faces the same dilemma.

• NPR writes a great article about the fracking dilemma here.
• The dangers of fracking demonstrated textually and visually here.

The Art and Craft of Blogging

The latest news on WordPress.com and the WordPress community.